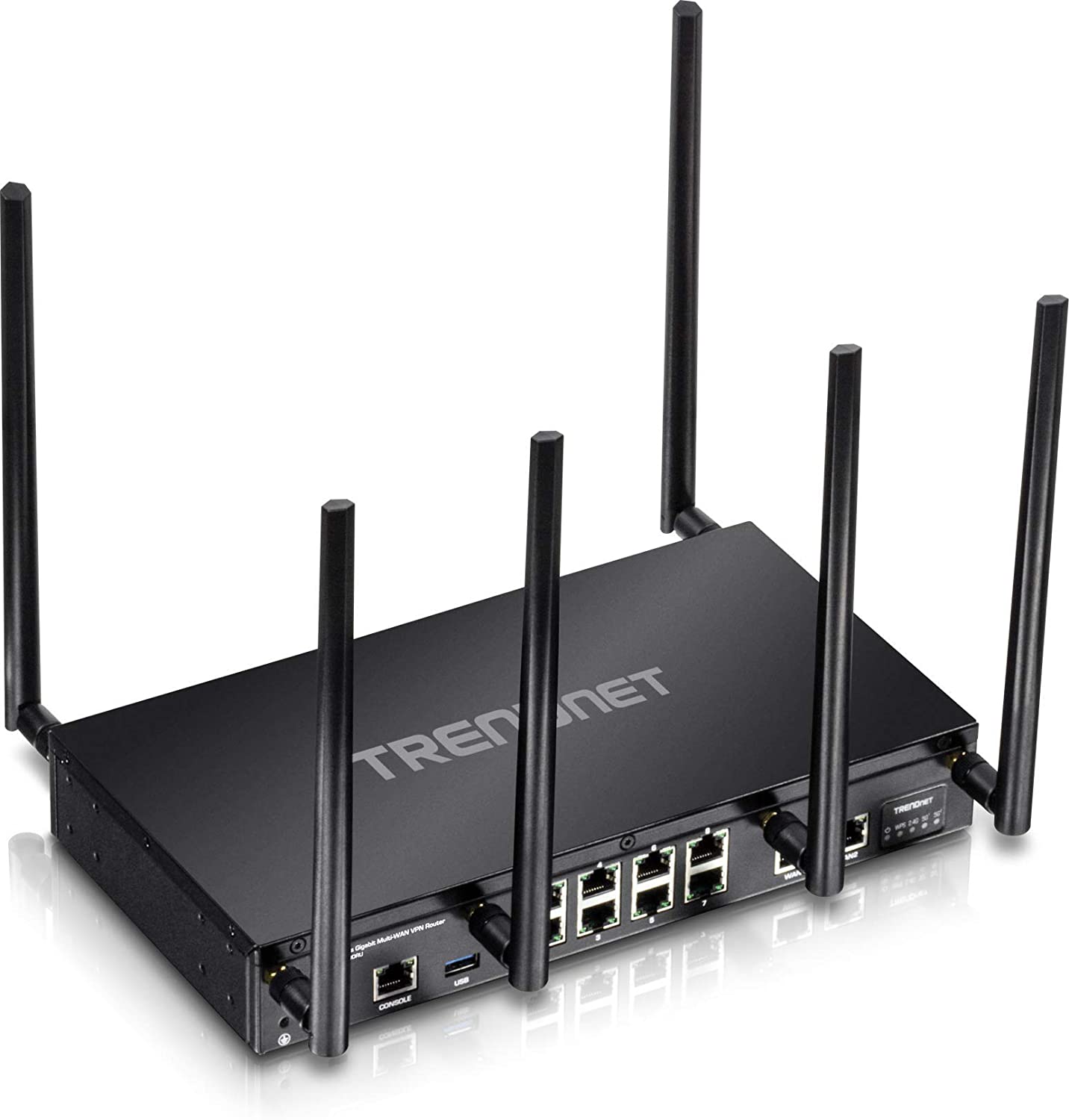 I purchased a dual WAN router last year to be able to hook my two separate internet connections into. The goal was to create a more reliable connection without switching internets constantly and to hopefully double my speed. Let me begin by saying, this is a short and sweet post about load balancing your connection. Something that after months of researching on the Internet, I never found, but figured it out after trial and error. Also note, I am not a IT person nor have any credentials in this regard. Just years of experience with internet routers for our businesses and home life.

Now, let’s get into it. The router that I am using is the TRENDnet AC3000 Tri-Band Wireless Gigabit Dual-WAN VPN SMB Router.

Was pricey at $259 but money well spent once you figure out how to program it. Once I hooked everything up, it worked instantly without any extra settings needing to be tweaked. But what I was finding was the speeds were not as fast as what I was paying for and didn’t measure up to using the internet by itself without the dual router. The reason was not having the load balancing set up correctly.

For this router, the options are to be able to apportion to each WAN how much load to create. See picture for more. Originally I had my settings at 50/50 or 60/40 but what I didn’t realize is that the speed you are getting individually on each internet connection should determine what to choose there.

Two things ended up working for me. The first was plugging the faster internet into WAN1, originally I had the slower connection there. Individually, internet 1 was getting 40mbps download speed, while internet 2 was only getting 10mbps. When I was using them together with the dual router, I was getting 10-20mbps. Making the switch to moving the faster internet to WAN1 was key. The second was fixing the load balance to 90/10. The 90% on the faster connection and 10% on the sluggish connection. All in all, making these tweaks increased the connection on the dual router to over 40mbps. Yay!